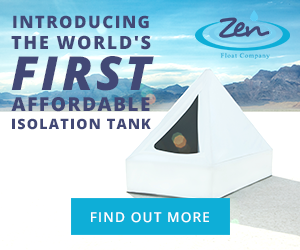 Ready to try the avant grade drug that has taken the world by storm? Floatation therapy!

Have you ever considered the thought that the last time your entire musculature and nervous system had the opportunity to fully relax and let go was in your mother’s womb? Float therapy mimics this safe, cozy environment to offer an unparalleled chance for rejuvenation, stress-relief, wellbeing and health.

Despite the fact that float therapy may seem like a trendy new ‘three day miracle’ its history dates back to the 50s – there is a vast pool of studies and research carried out in both the USA and Sweden, which have resulted in documented evidence that floating (with the more scientific name of REST – Restricted Environmental Stimulation Therapy) has deep healing, therapeutic, and stress relief benefits.

Some of the documented health benefits of floating include:

Taking a deeper dive into the science of float therapy

Our body consists of a number of different systems, including the nervous, muscular, skeletal, respiratory, and endocrine systems, and modern science has concluded that a good balance needs to be maintained between all of them for good health to take place.

Therefore, the ability of our systems to function at optimum levels, achieving peak performance both mentally and physically is significantly heightened in the state of homeostasis. In the environment we are forced to live in today, however, we are constantly being bombarded by stress stimuli, which inevitably agitates the ability of the body’s systems to properly regulate the psycho-neuro-immunological responses of the body. When being exposed to these various stress stimuli continually (and they can be little things like traffic, job stress, mental pressure, negative thinking), a chronic condition is developed, which may lead to various diseases like diabetes, cancer, hypertension, heart disease, mental illnesses, and many more.

Not only is it a near-magical, highly relaxing, and enjoyable experience – float therapy puts together the sensation of weightlessness with a complete shutdown of all external stimuli to produce an experience of deep mental and physical relief and unparalleled wellbeing.

Float therapy is undertaken in a water tank, usually as big as a large bed,

which has nearly 1000 pounds of Epsom salt dissolved in it. The water is maintained at skin temperature, while the solution creates a hyper buoyant environment, which is what actually creates the feeling of weightlessness – one can float on the water without any effort at all.

As a result, we are freed from the effects of gravity, which facilitates the body to enter into a very deep state of muscle tension relief and meditative calm.  During flotation, the mind naturally enters from beta to alpha brainwaves, and then to theta, which is usually only experienced just before sleep and upon waking. On the other hand, in a float tank the theta state of consciousness can last for long periods of time while still being awake. This is usually a state of mind that experienced meditators only master after years of disciplined practice.

This is why float therapy is the safest, easiest noninvasive shortcut to meditation

Meditation is now backed by a large number of studies as an effective method for dealing with various health and mental problems, including high blood pressure, depression, anxiety, stress, and it also dramatically boosts one’s immune system. It has also been researched that regular meditation improves the brain function and helps the immune system to produce an increased number of antibodies. All this available effortlessly through floating!

The studies have confirmed that during a float therapy session there is an immediate reduction in the elevated levels of the stress hormones cortisol and adrenaline – this happens almost immediately and is not accompanied by any training or drug intervention. The effect of lowering the blood pressure is also observed within the very first float therapy session.

All this is achieved, because of the fact that during floatation we do not need to constantly orientate our body in space, and this instantly frees the brain from this function as well as the constant demands imposed on it to process external stimuli (like sounds, shapes, lights). The combination of these two results into the ability of the brain to easily and effortlessly enter a space of calm, associated with states of rejuvenation and natural healing.

Which is equal to literally pressing a ‘reset’ button to all of our body systems, enabling them to get back to their optimal functioning. This mostly has an impact on the sympathetic and parasympathetic nervous systems, which are actually responsible for the not so infamous flight-or-fight and relaxation responses. The sympathetic nervous system has been documented to be responsible for the modern stress epidemic, due to the fact that it is usually regularly stimulated by a growing variety of daily stressors. This system was meant for us to survive in in an environment of not so frequent physical threats, rather than overload it with constant mental worries. This is why float therapy is a practical tool that combats this by effortlessly activating the relaxation response, which automatically eradicates the negative effects of stress by stabilizing the stress hormones levels and providing a deep relief to the nervous system.

Furthermore, the biochemistry in our body is being positively enhanced due to the release of dopamine and endorphin – the happiness hormones. This further amplifies the benefits of the floatation therapy, resulting in documented longevity, boosted memory, heightened performance, and overall wellbeing.

The floating posture, which is usually the supine position allows for complete muscle tension relief and full body relaxation. All postural muscles are aligned and relaxed, while blood flow is improved, because the water pressure on the body is lower than the blood pressure itself. This already makes a huge difference than simply relaxing in bed, where contact with the hard object inhibits blood flow and calls for a constant adjusting of the position. During a float session, there is no need to move or change positions, which enables for a very long period being spent in this entirely relaxed state.

The relaxed posture during floating combined with the correct water temperature facilitates blood flow and naturally balances the blood pressure. The lymphatic system also benefits from an enhanced flow.

Other health benefits of the float therapy

It has been recently confirmed that the amount of Epsom salt (or magnesium sulfate) used for the float tank solution adds further health benefits to the floatation therapy. Magnesium is absorbed through the skin due to natural molecular diffusion. This has been proven to help with magnesium deficiency, which is a common occurrence nowadays. One is supposed to get the adequate amounts of magnesium through their diet, but this is not always possible nowadays due to over-cropping. There is no risk of magnesium overload during frequent floats, as the body naturally optimizes its magnesium levels.

These points are just scratching the surface as to what floatation can do for your body, mind, health and wellbeing. The tremendous mind-body benefits have been confirmed not only by the numerous studies, but also the growing floating community, which consists of people of all walks of life, including artists, business entrepreneurs, celebrities, and more.

Many have confessed the irresistible urge to own a float tank at home upon their very first float therapy session! And this is now a reality with the Zen Float Tent. Check out my full review on the Zen Float Tent and its one exclusive feature that further amplifies the floating effects and experience!

The Complete Water Maintenance Guide Plus

A Literal Shortcut To Enlightenment